Android or iOS? Which One To Choose For Your Next Mobile App Development? 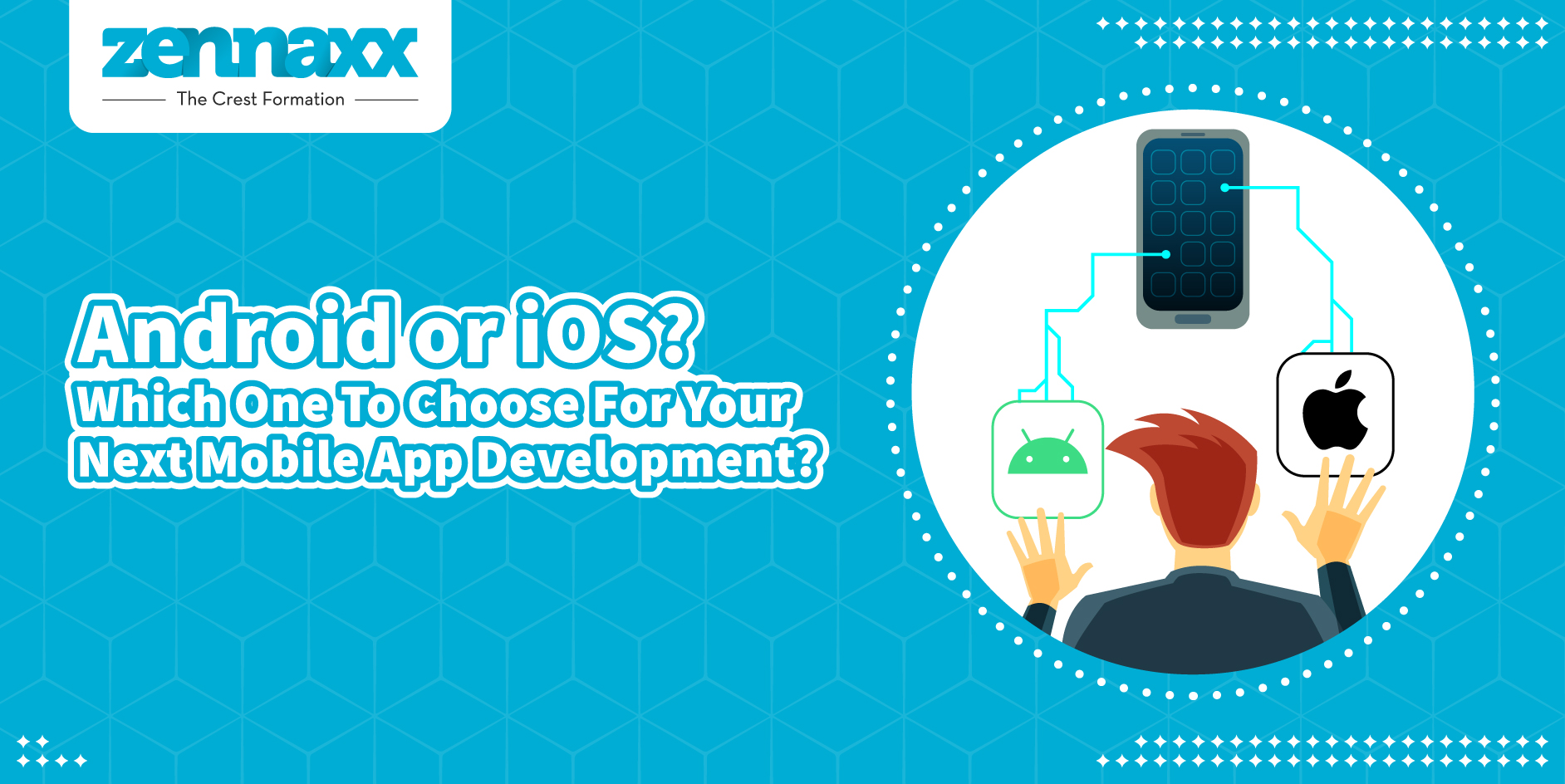 With about 5.11 billion smartphone users worldwide in 2019, app growth is at its height. Every day the average American uses approximately 2 hours and 51 minutes on her computer. Cellphone usage is expected to rise to 7.33 billion by 2023.

These are undeniable figures, and the creation of software is attempting to hold demand up with the advent of Android App Development. Tech companies aim to find the right mobile development approach.

Although Android holds almost 2.3 times the market worldwide and iOS, the United States of America, where the market share is approximately equal, is worth noting. The best thing for a mobile app development services is to do with the expertise and use all resources to build Android. But the profitability percentage is not the only thing necessary. The iOS is dominant in more advanced countries, resulting in more future business benefits.

Since its release in 2007, when it was developed by Google and released, Android became the most popular mobile platform. Android Open-Source Project is the name of the primary source code for Android (AOSP). The Android Studio IDE for Java and the Android SDK is the most popular way for software developers to work on Android.

• Open Framework - In Android, some main features which are restricted in iOS are typically available. Developers are ecstatic about this because it gives them more flexibility and opportunity to make bigger and better things.

• Design - In terms of design, Google offers instructions. Even if you don't have much experience, you can create a pleasant layout, and an outstanding user interface this way.

• Fragmentation - One sensitive app can run on a wide variety of devices (different hardware).

• Publishing - Once the software is finished and the project team uploads the Android Package (APK), users will be able to download and enjoy it within hours.

• Fragmentation - While it was classified as again, fragmentation can also be a drawback during the android app development. Consider all of the various screen sizes, configurations, and aspect ratios that must function properly after each update. You don't want the app to behave in a way that you don't want it to.

• Testing - This is similar to fragmentation. It isn't easy to test anything as quickly as developers would like because many phones run on different Stock android and have additional hardware. This is a time-consuming problem.

• Expensive - When you combine complexity and testing, you end up with higher prices than on iOS app development, which has fewer variations and devices running it.

Also Read: What Are The Top App Ideas For Startups In 2021

Apple developed iOS to function only on Apple items, such as the iPhone and iPad. Even though Android dominates the global market, Apple's iOS app development generates a lot of sales because it's popular in more affluent countries where people are ready to spend more.

When you hire dedicated developers for iOS apps, they use the Xcode IDE and the iOS SDK to build iOS apps. Xcode supports several languages, but Swift is the most commonly used for iOS development. Swift is a programming language developed by Apple that combines OOP with C-like features. It quickly became a programming favourite. The language is fully compatible with iOS.

The source system is password-protected, and only Apple has access to it. Even though this can seem to be harmful, it is positive that Apple is environmentally conscious. The iOS data is highly stable, with meagre chances of being hacked.

Since Android users are less willing to lose money in the Play Store, getting more customers to target mobile advertising can be a great strategy. Developers who focus their efforts on iOS can expect more app downloads and in-app purchases and can prepare accordingly.

Conclusion on Android vs iOS Development

So, should I go with iOS or Android development? In the Android vs iOS fight, there is no simple winner. It's essential to establish aside personal interests and see the big picture. Android is the way to go if you want to configure your app further, wait less time for it to be accepted, and reach a larger audience. Since consumers aren't updating the most recent Android updates, you'll have to spend much more money dealing with fragmentation.

According to figures, iOS apps cost up to 30% less than Android apps. Leveraging mobile app development services enable developers to build apps on iOS that drive more stable data. If a company has to choose between iOS and Android development, they can consider the advantages and disadvantages of what they want to achieve. But, if a company can manage Android and iOS growth for its applications, it should do so. While difficult and labour-intensive, the benefits far outweigh the efforts.